Since I’ve have noticed that its not a trivial task to setup the icehrm leave module initially when moving from another active leave management setup, I’m writing this to walk you through a short tutorial.

1. You are moving the leave management system to icehrm, in the middle of the leave period for 2015
2. Some of your employees have leaves carried forwarded from 2014, which might not have been used
3. Your company have annual leave which can be carried forwarded to next year
4. There are casual leave which are accrued 1.5 per each month
5. Some employees have joined in 2015 and their leave entitlement should be proportionate according to joined date

Also note that leave period can have different lengths and can be started from any month of the year. 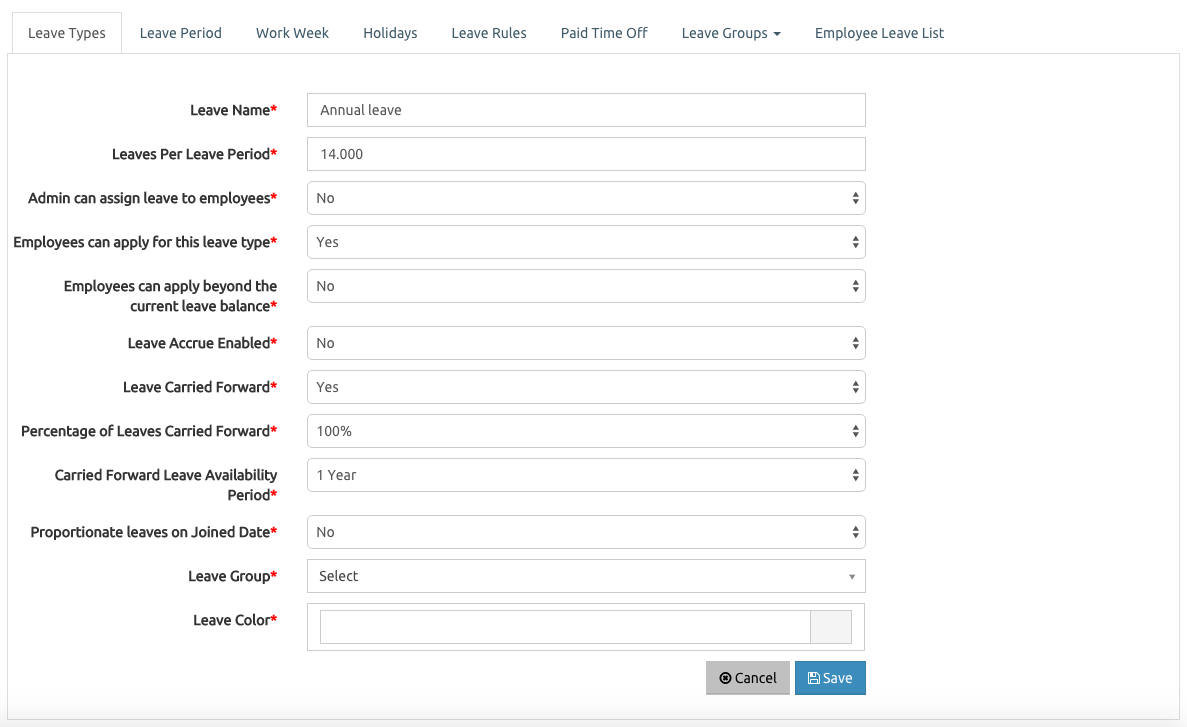 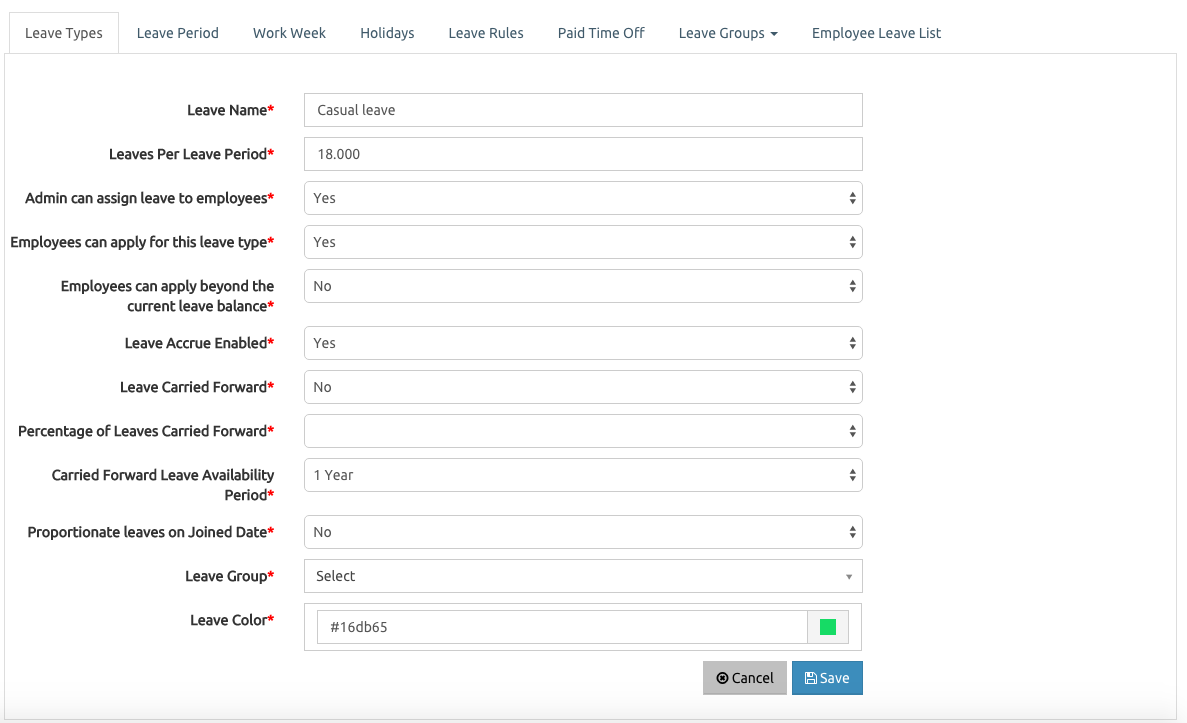 Now assume we have an employee named ‘Jhon Doe’. His leave entitlement (under “Leave” => “Leave Management”), after above leave periods and leave types are added should look like this:

The other problem you will face while adopting icehrm leave management is moving leave balance from previous year in a third party leave management system to icehrm. In order to do this you can use PTO. For an example if Jhon Doe has 3 annual leave days remaining from 2014 (but you are not able to automatically move it to 2015 because you have not been using icehrm in 2015), you can add a PTO days as shown below through “Admin”=>”Leave Settings”=>”PTO”.

Let’s assume Jhon Doe joined the company in May 2015 and should not be allowed to take only a pat of leave count defined for 2015. Then for annual leave definition under “Admin”=>”Leave Settings”=>”Leave Types” you can edit Annual Leave and make "Proportionate leaves on Joined Date" = "Yes"